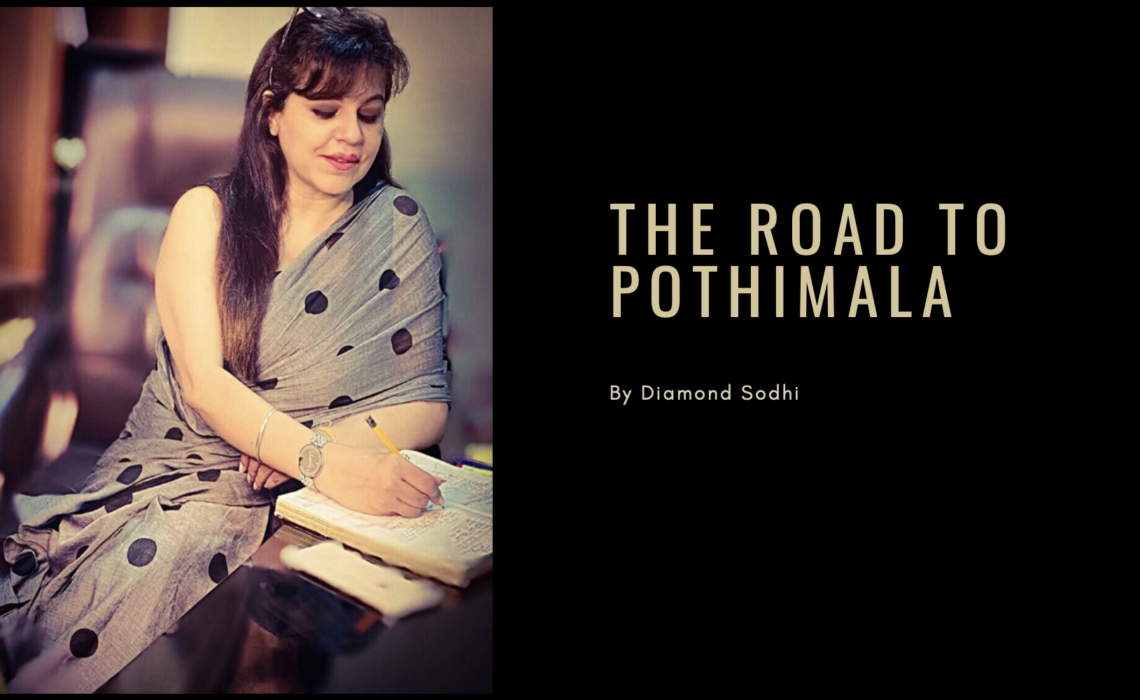 It was 7:50 am on a Wednesday morning. I must have slept through the entire journey from my home to Pothimala in Guru Har Sahai. Waking up to a sudden thud that felt like a flight roughing through a bad weather, I sat up and looked around sleepily. We had just started on a pot-holed road-let me rephrase that- a marshy land tract in a delicious pond of choco lava. The jolts and bumps that the decelerated car endured seemed like a blunt injury to it. I literally should have parked the car aside and traced a path to walk down to the grandeur of Pothimala building.

While the building put up a brave front, the walls inside plush with murals, wore cemented fixes to hold it on from cracking. I had seen my dad tirelessly typing on his electronic typewriter the history of the legacy inherited by the family, and putting up a website in the modern times, to digitally restore what remained of what was. His relentless pursuit to have the Indian government’s attention to the fast crumbling building got him a few emails, letters of appreciation, and a couple of articles in the newspapers, but no interest or solid intent for a restoration.

Speaking to one of the officials of the Archaeological Survey of India a few years back, I had some honest advice coming my way. The government does not have the funds to restore the heritage, and organisations such as the UNESCO are likely to be more sympathetic, I was told. To put it another way, a sanction letter for the restoration by the PMO is just a piece of paper that stands no ground for implementation, so stop looking at it, and move on.

The colossal Statue of Unity built with an exorbitant expenditure of close to 3000 crore in 2018 had my eyes rolling at the hypocrisy and the funding capabilities of the government of India. What a pity to prove a one up over the US and leave in shambles what the world is enchanted by India for- its art, heritage and architecture.

I have myself smiling with a brim-full spirit while writing this-I wish my father hadn’t lost [with a tiny margin] the only election he ever contested- there would have been a political will to salvage the building from the disaster it is heading for. Or maybe the Ferozepur border should not have been shut down- the solitude of the small town of Guru Har Sahai would have figured up on some tourism maps someday. Or maybe, we had more voices speaking up, for a heritage dying of its own wounds.