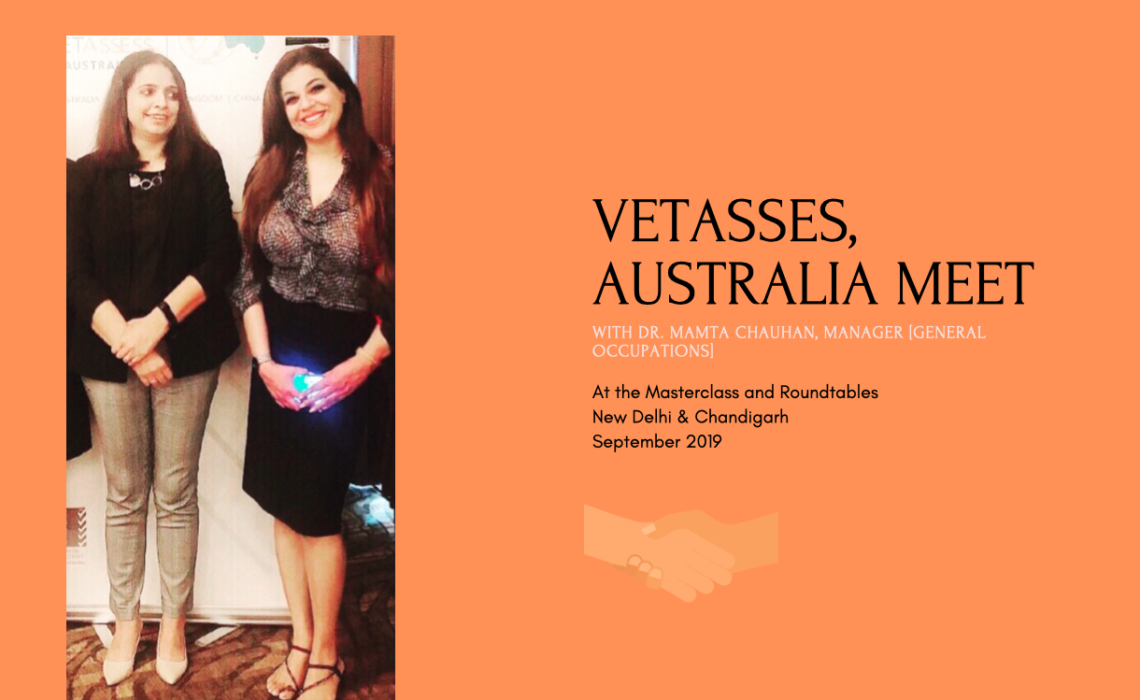 The VETASSESS, the largest skills assessing body providing skills assessments for Australian migration and non-migration purposes for hundreds of occupations [general and trade] held their annual Masterclass in Chandigarh for North India on 28 September 2019.

The Masterclass held in Chandigarh was an academic session delivered for the continued professional development of migration agents participating in the event from India and Australia.

Amongst, those at the Roundtable in New Delhi were present Dr. Mamta Chauhan- Group Manager General Occupation, Mr. Prashil Singh-Manager, Partnerships Stakeholder Relations, Peter Elovaris- Skills Assessor VETASSESS Trades and Preeti Dang- Regional Advisor for VETASSESS India. The Delhi Roundtable also happened to have Ms. Liz, from the General Skilled Migration, DHA/Australian High Commission for an exclusive interaction with the invitees on the trends and updates on the Skilled Migration Program.

The Roundtable was a more interactive session with a few migration agents discussing the challenges and facilitation for the skills assessments to further streamline the assessment process and on initiatives to make it more responsive.

Some of the key points I’d like to summarise for the benefit of all those participating in the General Skills Migration Programs and the assessments undertaken by the VETASSES [General Occupations and Trades] are as follows:

Prashil Singh, Manager Stakeholder Partnership Relations was pleased to share with the invitees at the Roundtable that the recent data indicates that 90% of the trades occupations meet with a positive assessment while the general occupations positive outcome rate is 60%. It was further advised that India, as opposed to the UK is an agent-driven country where migration agents play a key and a crucial role in guiding applicants towards submitting more suitably nominated and decision-ready applications. India remains the top country for applicants for skills assessment for migration purposes, he further concluded.