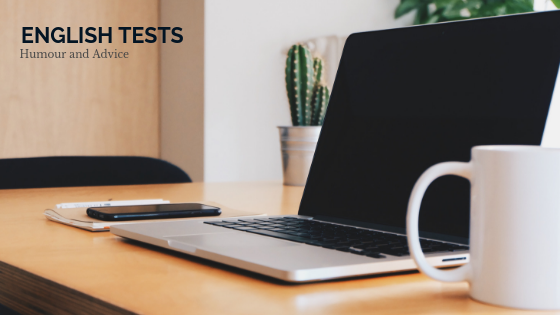 And if you ever began to get lured by anything that says: “Get an IELTS Band of 6.0 in 30 Days” or “We guarantee 7 Bands in IELTS or Money Back” or even an advertisement with a couple of dozen IELTS achievers-Think Again.

Firstly, IELTS or any other English Test Coaching, for that matter, is not a monthly diet plan a center puts you on and you walk away with the desired score at the end of the month. Nor is the money ever back for coaching that promises of Money-Back-Guarantee. And above all, an array of pictures or names of those who scored 7 Bands or higher may be a few dozen out of the hundreds of thousands who did not get a score worthy of display. Or simply those may be the scores of people whose linguistic abilities may be far better than yours.

In the part of the world where I live- Punjab, amusingly IELTS is regarded more as a ‘qualification’ than an English proficiency test for those seeking to go abroad. Here a matrimonial resume with IELTS score is sure to get a serious reconsideration by the bride-seeker. For the youth at large, IELTS preparation is a “Must-Do” on their checklist of vocational chores even before they can think of a specific reason as to why they need to sit for the test.

The self-proclaimed band of Trainers, on the other hand, further adds to the miserable numbers. With functional English skill level, Trainers swarm the job market as un-certified Trainers [the “un” not being a serious concern at all] and those who manage a proficient level in the test themselves are regarded as “Gurus” who can bless each of the students with the “mantra” for 7 bands.

So, the ‘buzz-word’ is IELTS [and prizes for those who can pronounce it correctly]. The test has emerged more as a fad in the region for over a decade now. The only competition to the test has been the test itself. Students struggle to crack the code for scoring better through IELTS-IDP or IELTS-British Council. One even goes as far as driving down from Delhi or flying down from Melbourne to Jalandhar in pursuit of a favorable marking or a band score. Myths and fallacies cloud this increasingly popular test that has been riding its luck for years now.

In an interesting revelation made in an article by The Pie News, the UKBA found out in June 2012 that around a fifth of applicants was said to have insufficient English despite having an approved English language test certificate. The majority of those interviewed were from India and Pakistan. I would take the liberty to presume here that the approved English test referred to was none other than IELTS. That brought me to seriously wonder about the standardization of this standardized test.

Some test takers have been heard complaining about not getting a score in the “Speaking” and “Writing” section inconsistency with the other two sections “Reading” and ‘Listening”. While a lot can be attributed to the individual factors, I do seem to trace a pattern involving the “human factor” in the assessment, as both the Speaking and Writing sections, can be subject to the discretionary approach of the examiner. With this in mind, would IELTS be regarded as a test for unbiased and fair evaluation?

Pearson Test of English [PTE] Academic seems to be parallel to the IELTS test offering students a choice now. The test promoters appear to be very enthusiastic about the improved efficiency in booking the test, flexibility in the availability of test dates, single sitting test completion, faster test results and much more. The promoters of IELTS, on the other hand, apprehend that the PTE test being computer-based might be a dampening factor as basic computer literacy is a pre-requisite for taking the test. But with keyboard familiar youth [thanks to the chatting and texting frenzy on hi-fi keyboard based phones these days] I wonder if this would stand tall in its way. Whether the test is going to be as commercially viable and popular as the IELTS remains to be seen but what is evidently clear is that the test is expected to be a fairer measure of one’s English proficiency.

PTE Academic is a fun way of taking an English proficiency test and a break from the monotony of the IELTS test. The activity-based test is better equipped at assessing the proficiency of the test taker without the prejudices or intimidations of the examiners. Apart from the fringe benefits for the test -takers like lesser duration tasks, MCMAs, complimentary copies of test scores and a variety of the tasks, the test would perhaps be more reliable and free from ‘human biases’. PTE Academic certainly appears to be the improved version of other available standardized tests. The uniqueness of this test lies in it being able to effectively assess the communicative and enabling skills of the test takers while giving equal impetuous to oral fluency and written discourse rather than focusing merely on grammar, punctuation, vocabulary, and spelling.

While PTE Academic is globally recognized by Australia, UK, and the US the test is yet to gain certification for Canada and New Zealand. Nevertheless, a breakthrough has been made and the newly devised test is sure to give IELTS a serious run for the money.